On April 3, 1926, Cardinal Mundelein answered the many prayers and petitions of the Catholic families that lived in the Gladstone area of Chicago’s far northwest side by forming St. Tarcissus Parish. He purchased property at Ardmore and Moody for $200,000 and appointed Father Martin Hayden pastor. Prior to that time people living in this area had to attend Mass and receive the sacraments at the neighboring parish of Our Lady of Victory.

The boundaries of the parish were established as Devon and the river on the north, Central Avenue on the east, Nagle Avenue on the west and an iregular line south of Bryan Mawr Avenue on the south.

One of Fr. Hayden’s first accomplishments was the renting of a two flat at 5838 Moody to serve as a rectory. A small temporary wooden church building was then constructed, with the help of parishioners, on the site of the current social center. 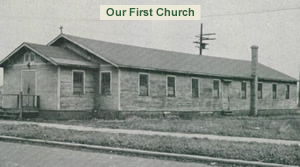 Fr. Hayden offered two Masses each Sunday, with the first one in the parish history taking place on Pentecost Sunday of 1926, just eight weeks after he was named pastor of the newly formed parish. By the summer, Mass attendance increased to such an extent that two more Masses were added each Sunday. It was at that time that the parish began to receive the assistance of the Vincentian priests of De Paul University. By 1930 two additional Masses were added per Sunday.

In the fall of 1926, the Holy Name Society, the Altar and Rosary Society and the Social Club were formed. The Social Club consisted of men and women and concentrated on various fund raising activities. All of these meetings took place in the portable church building. It was partitioned off in order to accommodate the various organization meetings. Even though they had a place to meet, there were still hardships since the building was neither heated nor did it have plumbing. 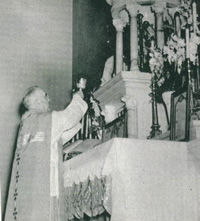 Late in 1926, ground was broken for a two-story combination church/school building. It was completed and opened in 1927. The first Mass was celebrated in the new church on July 23, 1927. This Mass took place just fifteen months after the parish had been established. The church seated 625 persons. This church is now the site of the present school auditorium.

The original school had eight classrooms, two of which were used as living quarters for the Sisters of Charity of the Blessed Virgin Mary who ran the school.

In 1928 a third floor was added to the school, and in April of 1934 Fr. Hayden purchased a two flat at 5738 Meade to serve as a convent. He was able to do this despite the fact that the entire country was undergoing horrible financial difficulties. Even though collections during these years dwindled to nearly nothing, Fr. Hayden never refused any requests for financial assistance from his parishioners.

In 1939 the Cardinal suggested to Fr. Hayden that he construct a new rectory. Fr. Hayden felt that the needs of his people should come first. He was especially concerned with their social needs. As a result, in 1940 the original temporary church structure was torn down so that the present social center could be built. 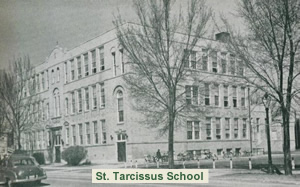 A new rectory was finally completed in November of 1948, and the new convent was ready to be occupied in August of 1951. Fr. Hayden was named a Monsignor in 1950 and died in December of 1951, after serving for almost twenty-six years as the only pastor St. Tarcissus ever had.

In March of 1952, Cardinal Stritch appointed Father Edward T. Kush as pastor. His first priority was to build a new church to serve the needs of the increasing size of the parish. The cornerstone of the present church was laid on May 23, 1953. Fr. Kush wanted the new church building to serve as a fitting memorial to Msgr. Hayden. The first Mass was celebrated in the new church on Easter Sunday of 1954. The church was formally dedicated by Cardinal Stritch on July 25, 1954. 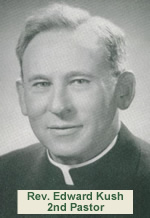 Fr. Kush’s next priority was the parish school. It was continuing to grow and all indications were that this trend would continue. So in 1956, a five classroom school addition was completed. Still more space was needed in the school. Therefore, in 1963 the Moody Avenue addition was made to the school building. Fr. Kush remained as pastor until his retirement in 1971, having served as pastor of St. Tarcissus for twenty years.

Fr. Leonard Felczak was appointed pastor on August 10, 1971. He faithfully served the parish until November 23, 1983 when he retired.

Father John J. Grace was installed as the fourth pastor of St. Tarcissus Parish on Sunday, December 4, 1983 and served until his retirement on June 30, 2000.

In Fr. McCarthy’s tenure, the success of the Archdiocesan Millennium Stewardship Campaign allowed for many improvements to the parish buildings. Chief among these was a significant renovation of the church. This included installation of a Baptismal Pool and Font near the main church doors, creation of a handicapped-accessible washroom and a Bride’s Room and the relocation of the Presider’s chair in the sanctuary.

The Holy Family Prayer Garden was added on the east side of the rectory in 2008.

With great assistance from the men of the Holy Name Society, the auditorium kitchen and main rectory meeting room were also modernized. 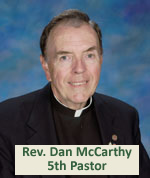 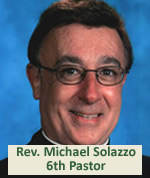 Under Fr. Solazzo’s leadership improvements such as automatic doors at the side entrance ramp in church, handrails in the sanctuary, an electric lift to the Holy Name Auditorium and an electronic sign board in front of the church have been added.

With the implementation of the new multi-parish Pope Francis Global Academy in the fall of 2016 our parish’s educational ministry will begin a new and exciting phase.

As the demographics of the neighborhood change from older “empty-nesters,” to younger families moving in, our parish will change, also. Our Mission to bring the Gospel to the people in our area remains the same, but a new emphasis on evangelizing the young adults and their children will be an increasingly important part of fulfilling that mission.

We look forward to the leadership of Archbishop Cupich as he seeks to develop the “Renew My Church” initiative for the Archdiocese and the part that St. Tarcissus Parish will play in the Archdiocese for many years to come.

In 2020, St. Tarcissus Parish – along with St. Cornelius and St. Thecla – were combined to form St. Elizabeth of the Trinity Parish. 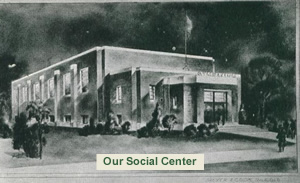 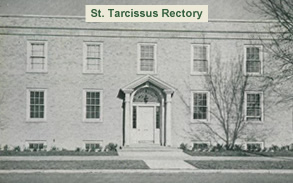 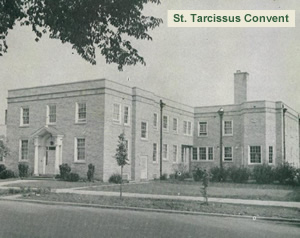 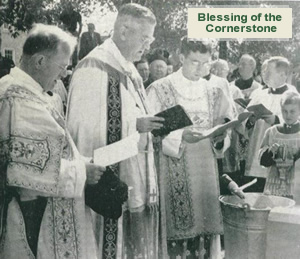 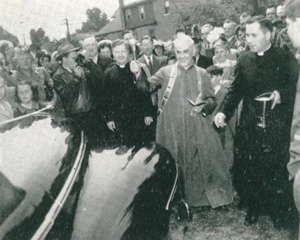 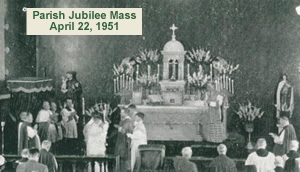 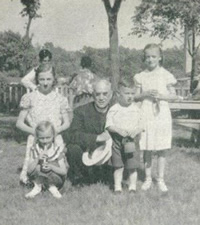 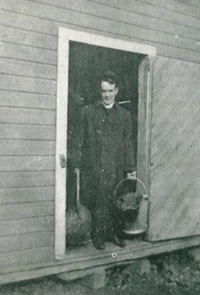 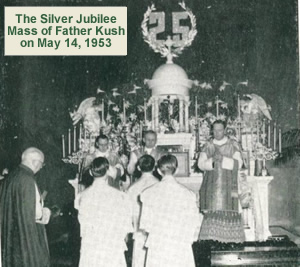